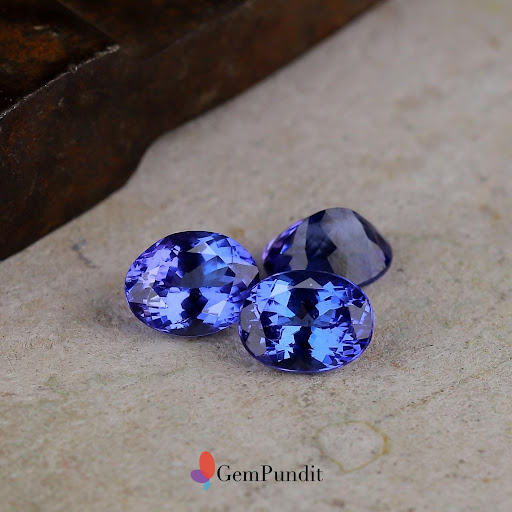 Tanzanite is one of the rarest gemstones in the world, and it has a beautiful deep blue color. However, because it is so rare, it can be difficult to find and very expensive.

Tanzanite is a rare gemstone that was discovered in Tanzania in 1967. It was named after the nation where it was found and is the birthstone for December. The stone is known for its beautiful hues of blue, purple, and violet.

Is Tanzanite a Real Gemstone?

Tanzanite stone is real and it is a form of zoisite mineral. The stone has been used to make rings, earrings, necklaces, and other types of jewelry items.

Tanzanite does have some flaws that are worth considering before purchasing jewelry made with this gemstone. Here are seven disadvantages of tanzanites and how you can work around them.

Tanzanite was discovered in 1967 by a Masai tribe in Tanzania named Saniniu Laizer. The first deposit of tanzanite was said to be sold for 7.5 million USD, which made it the most expensive gemstone ever found in Tanzania at that time.

As with any gemstone, the value of Tanzanite Gemstone depends on its color, size, cut, and clarity. The highest quality stones are an intense violet-blue that is sometimes compared to sapphires.

The price of these stones can vary widely, but in general, they will be more expensive than most other gemstones. For example, a 1-carat tanzanite stone might be priced from $50 up to $500 depending on the quality. Tanzanite is also typically sold by weight rather than by carat or number of stones.

The vivid blue color is the most expensive for tanzanite, as it is for other gemstones. There are three main shades of tanzanite: blue, which is the most common; purple; and burgundy (sometimes called brown or red). Red or dark brown gemstones are usually less expensive because they are less desirable.

However, there are ways you can work around this flaw of tanzanite and still get the gemstone at an affordable price. All you have to do is try and buy it from a place like GemPundit where it is readily available at the right prices.

2. Tanzanite Is Not Very Durable

Tanzanite has a hardness of 6-6.5 on the Mohs scale which is not as hard as many other gemstones. This means that tanzanite gems are more vulnerable to scratches and chipping than other colored gems like rubies or sapphires.

The best way to protect your gem from scratches is by keeping it in a jewelry box or pouch, away from other pieces of jewelry, especially those with harder stones such as diamonds.

If you plan to wear your tanzanite stone ring every day, you’ll want to choose a setting that protects the stone well. A bezel setting can help protect the sides of the stone while still letting it catch the light and show off its beauty.

Mounting the stone with prongs rather than in a bezel setting will mean the stone is more exposed and vulnerable to damage so this should be avoided if you plan to wear your ring every day.

3. Tanzanite Is Not Readily Available

Tanzanite stones have become a rare commodity. There are many reasons for this rarity.

First of all, the original location of the first Tanzanite stones is about 50 miles from Mount Kilimanjaro and is only about 1 mile long and 30 feet deep. At the same time, some geologists think that there is a possibility for gemstones to be found in Kenya as well due to their location across the border from Tanzania.

However, no exploration has been done in Kenya yet. This means that the amount of Tanzanite available on earth is very little and will likely not increase significantly. The best way to find this gemstone is online. There are multiple online retailers that sell tanzanite jewelry and can ship it to you.

When exposed to high temperatures, the color of tanzanite can change from blue to brown. This is because heat affects the chemical structure of the crystal. The brown color will disappear when you return the stone to its normal temperature, but this process will eventually affect the overall quality of your tanzanite over time.

To avoid this problem, ensure you take off your jewelry when cooking or engaging in any hot activity. Furthermore, you should also avoid storing your tanzanite with other jewelry in cases where one piece might rub against another.

5. Tanzanite Has a High Refractive Index

Tanzanite has a high refractive index, which means that it has more brilliance than other gemstones. However, this can be problematic if the stone is large or has been cut with facets that are too small. If you want your tanzanite ring to have more sparkle than usual, then you should choose a smaller size for it or get one with larger facets.

The stone can sometimes look cloudy when viewed from certain angles. Make sure your jeweler takes extra care when cutting your stone into cabochons for better impact.

In the 1960s, there was a rush to mine tanzanite, but in the early 2000s, the US and EU banned tanzanite because miners were using child labor to extract it.

Although the ban was lifted after reforms were implemented, many people still believe that tanzanite is a conflict gemstone and miners engage in slave labor to obtain it. The best way to work around this issue is to buy your stone from an ethical store getting it from a reputable source.

Tanzanite gemstone has a tendency to fade from its natural color over time. This can be due to sunlight and exposure to heat, which causes tanzanite to lose its color and become pale.

One way to prevent this from happening is by wearing tanzanite jewelry in layers so that the sun does not penetrate through all of them at once and cause the stone to fade in color.

Tanzanite jewelry is a great choice for today’s woman, who is all about individualism and a unique sense of style. Anyone who has ever worn a tanzanite gemstone will tell you that this is definitely one of the most exquisite-colored gemstones that anyone could own. Just ensure that you know what to look out for when buying one. 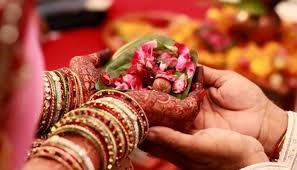 What are the features that a wedding portal should have?

Say Goodbye to Your Unhealthy Snacks, Without Fail!