Technology made its way into soccer full-time in the 1980s when video analysis came into the fray. Coaches and players had the chance to watch their previous matches repeatedly, pick them apart, and make them play their football from a new perspective. It has significantly impacted modern soccer by transforming it into a new game.

In recent years, advancements in soccer have been made each day, and it has been used in various sports, including soccer. Using this technology, we can see different leagues and competitions, including the Qatar 2022 FIFA World Cup. These technologies have been beneficial and have assisted match officials in making the right decisions during a match.

These technologies have helped in many ways; if we look at every player’s speed, agility, strength, and fitness, for example, it helps us optimize our efforts by giving more personalized and professionalized follow-ups on players’ health. It allows us to have a structured medical team that knows everything that happens in a club.

Keep reading this article as we enlighten you on the top five technology advancements in soccer and their importance so far. Below is a list of the technologies in the talk.

The Smart ball system is one of the top tech advancements in soccer. This kind of ball is used in official matches across European Leagues, MLS, and other American leagues, and also some African Leagues use smart balls in their games. This ball contains a sensor, i.e., an NFC Chip, jointly created by Cairos Technologies and Adidas.

The Smart Ball System’s work is designed to track the precise location in real-time, including with great precision when it has wholly crossed the goal line with the help of a networking system placed across the field. The referee officiating a game will receive the information from his smartwatch when the ball has passed the goal line.

Goal line technology is one of the best technology so far in the history of soccer since its existence. It helps the referee to know precisely if the ball passes the line in the box for an attempt to reach the goal or a close call.

Goal-line technology was first used at the World Cup in Brazil in 2014, and it stands as a vital component of the technology used two years ago in Russia for the FIFA World Cup. However, the Goal Line Technology can only work perfectly with the help of a Smart ball system. The system offers accuracy and sharing information among the officiating teams, with the referee getting the signal on time.

The Video Assistant Referee is also called VAR. This technology is set up in a room where a group of people assists the referee in officiating a game. The aim is to call the referee’s attention to identify mistakes that went unnoticed from a centralized video operations room at the stadium, where more than two TV numbers are set for that purpose.

They help the referee make the right decisions using their perspective for the best possible conclusion. This team consists of a video assistant referee, three other assistants, and four replay operators to execute the work given to that role.

They have access to more than 30 Cameras used in monitoring the game and the cameras that check offsides positions. It has remained a top-five tech in soccer since it was introduced.

The Hawkeye System technology was introduced in 2001 and was successfully implemented after many trials. It is one of the top tech advancements mainly used in cricket and tennis in making calls. This technology has gone through accurate testing in football, and it has shown promising results.

Another top Tech Advancement in soccer is On-Field Analysis which has been very effective since it was established. It works to get accurate information and analyze how a game is going.

Examples of the On-Field analysis Tech are ball possession between two teams, winning probability as the game is ongoing, number of passes, number of corners played, the total number of shots on target, and many more. 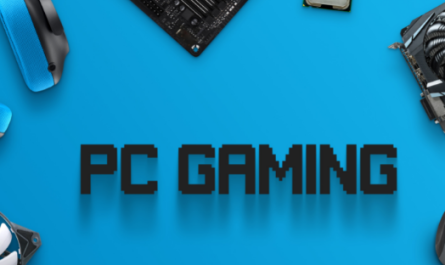 Crucial Things You Will Need For Perfect Gaming Installation

What are the basic benefits of mobile application security testing tools?