When Deepti Sharma removed the bails to secure India a 3-0 ODI series victory in England, Twitter was gone into a frenzy. Thousands of tweets & responses were sent in response to the contentious Mankad to oust Charlie Dean, mostly from English players who felt the action was not in keeping with the spirit of the match.

Whatever your point of view, the fact that fans can watch women’s cricket and the subsequent reactions are a result of the fantastic progress that women’s cricket has seen, particularly over the previous 10-15 years as per the insights from world cricket news today.

The ODI World Cup Final in 2009 among England and Australia at North Sydney Oval stadium drew about 2,300 people. A record 86,174 spectators flocked to the MCG for the 2020 T20 World Cup Final, which has been held there 11 years later. This only covers a small part of the story.

The debate has shown that there is genuine interest in women’s cricket, and there is unquestionably a market for competitions like the Women’s IPL.

The growth of women’s cricket

Due to the sport’s widespread appeal, organizations for women’s cricket were established in 1934 by Australia and New Zealand. As a result, the England cricket team set the ship for Australia and participated in three test matches there. Due to women’s ongoing participation in international cricket, the International Women’s Cricket Council was founded in 1958.

The council acted as a focal point for all international sport-related queries in addition to promoting overseas tours. The league’s original members were England, Australia, South Africa, New Zealand, and the Netherlands. Other members gradually joined as it grew, including India and the West Indies in 1973, Ireland in 1982, Denmark in 1983, Pakistan and Sri Lanka in 1997, and Ireland in 1983.

Although women’s cricket was adored all over the world, it was difficult to organize bilateral series and pique the attention of the viewers. In this case, the World Cups were the most effective way to bring together all teams and provide a stage for everyone at once.

The first Women’s World Cup was selected to be organized by Jack Hayward and Rachael Heyhoe Flint. England, an English junior squad, Australia, New Zealand, Jamaica, Trinidad & Tobago, and an International XI were among the seven teams competing in this 1973 competition.

The MCC refused to host the final, but following the success of that World Cup, they decided to let women play at Lord’s for the first time. In the 1990s, the two organizations decided to unite because of a lack of funding and resources. In 1992, New Zealand became the first team to combine its men’s and women’s cricket squads. In 1998, England did the same.

The rise in popularity of women’s cricket

The inaugural Women’s Indian Premier League (WIPL) competition will be held in 2023, and it is anticipated that this would hasten the development of the women’s game. India, which frequently competes with champions Australia, will be able to develop homegrown talent with the top cricketers in the world, like Several others include Beth Mooney, Dane van Niekerk, Meg Lanning, and Heather Knight, Stafanie Taylor.

As per 41.5% of answers in a recent term of cricket research by CricBlog, women’s T20 tournaments, like the growing Female’s Big Bash League, are anticipated to make up a significant component of the cricketing schedule (WBBL). The Adelaide Strikers and Perth Scorchers final attracted 535,000 viewers, setting a record for the WBBL, which had a record-breaking year in 2021. Additionally, men in Australia are becoming more interested in women’s sports, with a recent study showing that 67% of viewers across the top athletic leagues, including the WBBL, are guys.

Women’s cricket in India has been increasingly popular

Women’s cricket was for a very long time seen as an afterthought to its male counterpart. Despite women’s cricket hosting the inaugural World Cup, it was the men’s game that gained popularity. Men’s cricket matches have historically been placed at the pedestrian. When someone use the word “cricket,” it’s nearly a given that someone referring to men’s cricket rather than women’s. But much has changed during the last several years.

Since 2010, there has been a marked rise in interest in women’s cricket. Despite how harsh that may sound, India is a cricket-mad nation, and a generation ago, the women’s national team wasn’t very strong. However, the women’s squad has advanced significantly since the early 2000s. They made their 1st World Cup final appearance in 2005, however, they fell short of Australia. They repeated the act twelve years later, although it is obvious that many more people were aware of the 2017 ad.

Women’s cricket wasn’t widely covered in India for a very long period. For instance, a few members of the present squad have stated that they were unaware of India’s women’s national team for a very long time. The women’s squad seldom ever performed, and even when they did, neither of their games was televised, which was a major contributing factor.

The 2017 Women’s World Cup had several changes. Crowds flocked to England, where the competition was played, to witness the games. The vast majority of the matches were broadcast live in India. All India matches were televised separately in Hindi, and the fact that the team advanced to the final by defeating the Australians in the semifinal had a significant influence on how the nation viewed the competition.

The BCCI-organized Women’s T20 Challenge, a brief competition that will probably grow into a complete league in the future, has been an important component of the IPL in current years. The board’s decision to promote such a competition has so far yielded positive outcomes. In contrast to the 2019 competition, which had a TVR of barely 0.5, the 2020 Women’s T20 Challenge attracted 60% more viewers than an Indian men’s cricket team trip that took place about the same time.

Not only that, but over the past several years, there has been a steady increase in the general involvement of women in cricket in India. As per BARC statistics, female viewership climbed by 21% for IPL 2020 compared to IPL 2019, while TVRs grew to 5.4 from 4.3. The Women’s T20 World Cup earlier that year had also contributed to some degree to publicizing the success of the Indian women’s team.

The Indian team made history by reaching the Women’s T20 World Cup final, in which they performed in front of 86,174 spectators at the Melbourne Cricket stadium. A large number of people viewed it on television in addition to that. As per BARC data, female viewers accounted for 39% of the 5.3 billion watching minutes that occurred during the competition. With a staggering 1.95 million TV viewers, the game Manchester Originals vs Oval Invincibles with In 100 earlier became the highest-viewed women’s cricket game in the UK.

In India, women’s cricket appears to have a promising future right now. For a while now, the national squad has been performing well. World-class players are frequently called up to the franchise leagues. Many athletes can enter the professional ranks of the sport thanks to a system. In the coming days, there’s going to be a women’s IPL. But more significantly, the little girls are paying attention. They have heroes they aspire to be like as they grew older. These are only positive developments for India. 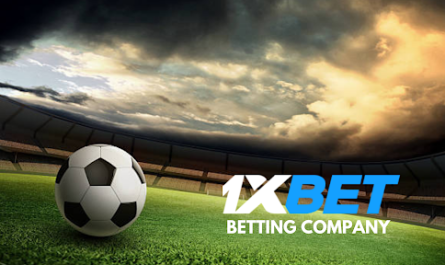 The Ultimate Guide To Football Betting In fun888