Playing cards have been around for centuries, with the first deck being created in China during the Tang dynasty. Then, they spread to India and Persia. From there, they made their way to Europe, likely via the Moorish invasions of Spain. The first European references to playing cards date back to the 14th century, although it is possible that they were introduced earlier.

The origin of card games and their popularity

Card games are a popular pastime all over the world. They can be played with a deck of 52 cards or with unique decks that have additional suits or extra cards. The most common card game among casino players is poker and dragon tiger real cash game. The history dates back to the ninth century when they were first used in China. They then spread to India and Persia before making their way to Europe in the 14th century.

The first recorded use of cards in Europe is from 1371 when they were banned in Italy because they were believed to be associated with gambling. Despite this ban, playing cards continued to be famous; by the 15th century, they were being used for educational purposes and entertainment.

During the Renaissance, card games became increasingly popular among the upper class. By the 17th century, a wide variety of games were played across Europe. many of which are still played today.

Today, cards are used for various purposes, such as divination, memory training exercises, and simple amusement. While the deck of 52 cards is most commonly used, many variations of cards have been developed for specific games or purposes.

As the years went by, the popularity of card games started to decline in some areas. This was due to different factors, such as religious influence and political opposition. However, they eventually regained their popularity and are now enjoyed by people worldwide.

As for the meaning, there are various theories. However, the most likely explanation is that each suit simply corresponds to a different social class in medieval Europe: Hearts for the Church (the clergy), Diamonds for merchants (the bourgeoisie), Clubs for peasants (commoners), and Spades for military (nobility).

The Ace typically represented the highest value in a deck of playing cards, while the two were low. This is because, in some games, such as piquet and bezique, the Ace counted for 11 points while the two only counted for 2.

In different parts of the world, cards have been designed with national symbols or characters. For example, in France, a deck of playing cards is called “The Royalty” and features images of French royalty on the faces of the cards. In Italy, a similar deck is known as “Il Bagatto” and depicts characters from the Commedia dell’arte.

Some decks were created for specific games. In England, there is a type of game called patience, which requires its unique deck known as an English pattern deck. This deck has distinctive shapes for the Hearts, Diamonds, Clubs, and Spades suits, making it easier to sort the cards during gameplay.

Some other popular decks are:

There are many other national decks that have been designed over the years. However, these are some of the most popular ones that people still use today.

Different decks have been designed for different purposes. For example, some decks have extra suits or more than 52 cards. These decks are usually used for specific games or by magicians for card tricks.

The Joker is a card found in some decks of playing cards, typically two Jokers per deck. They are often used as wild cards in games such as poker and can have different effects depending on the game being played.

Different games that can be played by playing cards

Cards games vary widely in their rules and objectives, but most require players to form hands using combinations of specific values or ranks. In contrast, others use strategies such as trick-taking to win rounds or achieve goals set at the beginning of the game.

Playing cards are also used in board games, such as Monopoly, Clue, and Battleship. These decks usually have unique designs on the back of the cards, so they can be easily distinguished from a regular deck.

Finally, playing cards can be used for memory training exercises or simple amusement. For example, Solitaire is a popular game that can be played by one person using a standard deck.

In conclusion, playing cards have a long and rich history. They were used in China, then spread to other continents, and made their way to Europe in the 14th century. Card games vary in rules, but most require forming hands using combinations of specific values.

Cards became increasingly popular as the years passed due to the different games that could be played with them. Many decks were created for specific games or purposes. For example, some decks had extra suits, while others only had a limited amount of cards. Nowadays, cards are used all around the world. The games are even available online or as an app on different devices.

View all posts by Sonal Shukla → 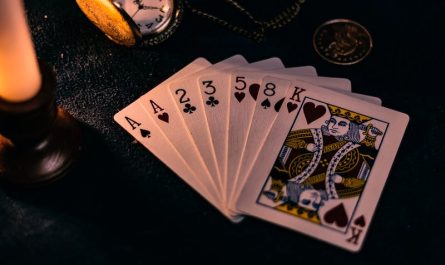